On March 16th, a project awareness-raising event was held at Hristo Smirnenski Regional Library within the framework of the implementation of the project “Haskovo and Edirne – cultural and historical destinations of INTERREG Bulgaria – Turkey”. The Regional Library, as the lead project partner, presented the project site, which contains an interactive map, a catalogue and a cookery book. A vote was launched on the Facebook page of the project for selecting the most interesting digitized site. The meeting was attended by the partners from the Foundation of the Thracian University in Edirne, representatives of cultural institutions from both countries and media representatives. 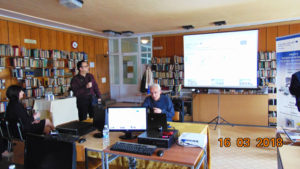 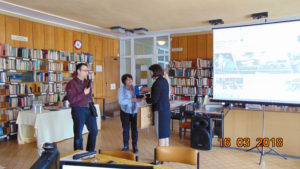