Dr. Georgi A. Kozhuharov, Thessaloniki, 1900
Georgi Kozhuharov is a qualified Dr in political and administrative sciences. On 18th February, 1900 he was appointed to become a secretary of the Bulgarian commercial agency in Thessaloniki. This was in fact a diplomatic representation that the Bulgarian state had no official right to support, as Bulgaria was still a vassal principality of Turkey. That’s why all our ambassadors were officially acting as sales agents. 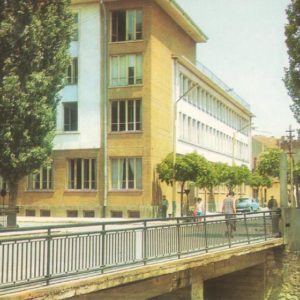