Prof. Lyubomir Dimov Tenev – a theatrical theory expert, a reviewer, born in Haskovo.
He graduated law at the University of Sofia. He worked as a lawyer until 1946.
He was a Cultural Club Instructor at the Cultural Committee within the period 1946-1948.
He was a Lecturer in West European Theatre History in the State Higher Theatre School, Head of the Theatre Department and a Rector.
1951-1953 Member of the Management Board of the Union of Bulgarian Writers 1972-1976, Deputy Chairman of the Aesthetician Association 1971-1981, an author of critical articles and surveys.
Prof. Lyubomir Tenev ranks amongst the brightest figures of the contemporary Bulgarian theatre, leading reviewer and pedagogue, scholar and public figure. 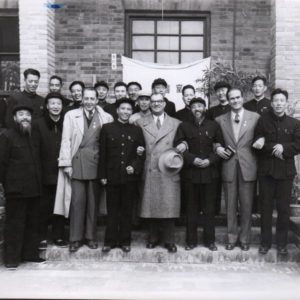 Lyubomir Tenev on a visit to China 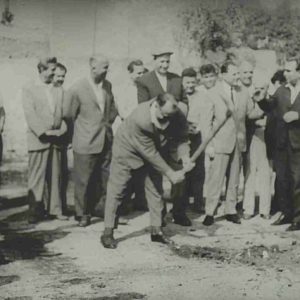 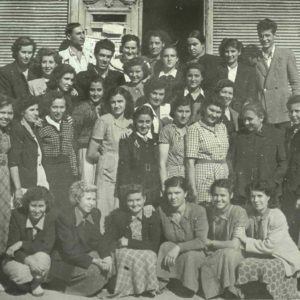 The first training course for librarians 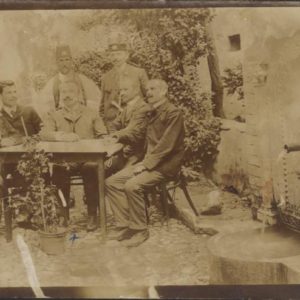 Dr. Georgi A. Kozhuharov at the consulate office in Serres